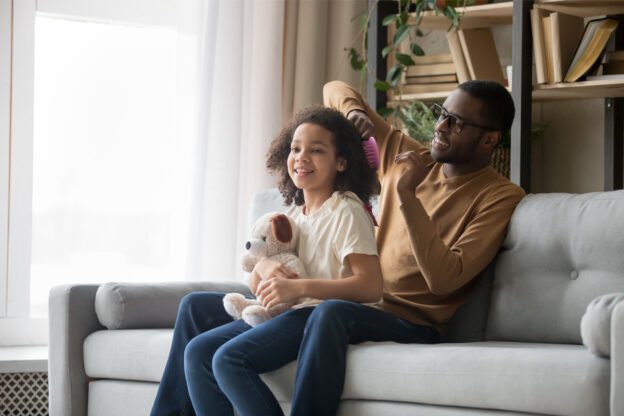 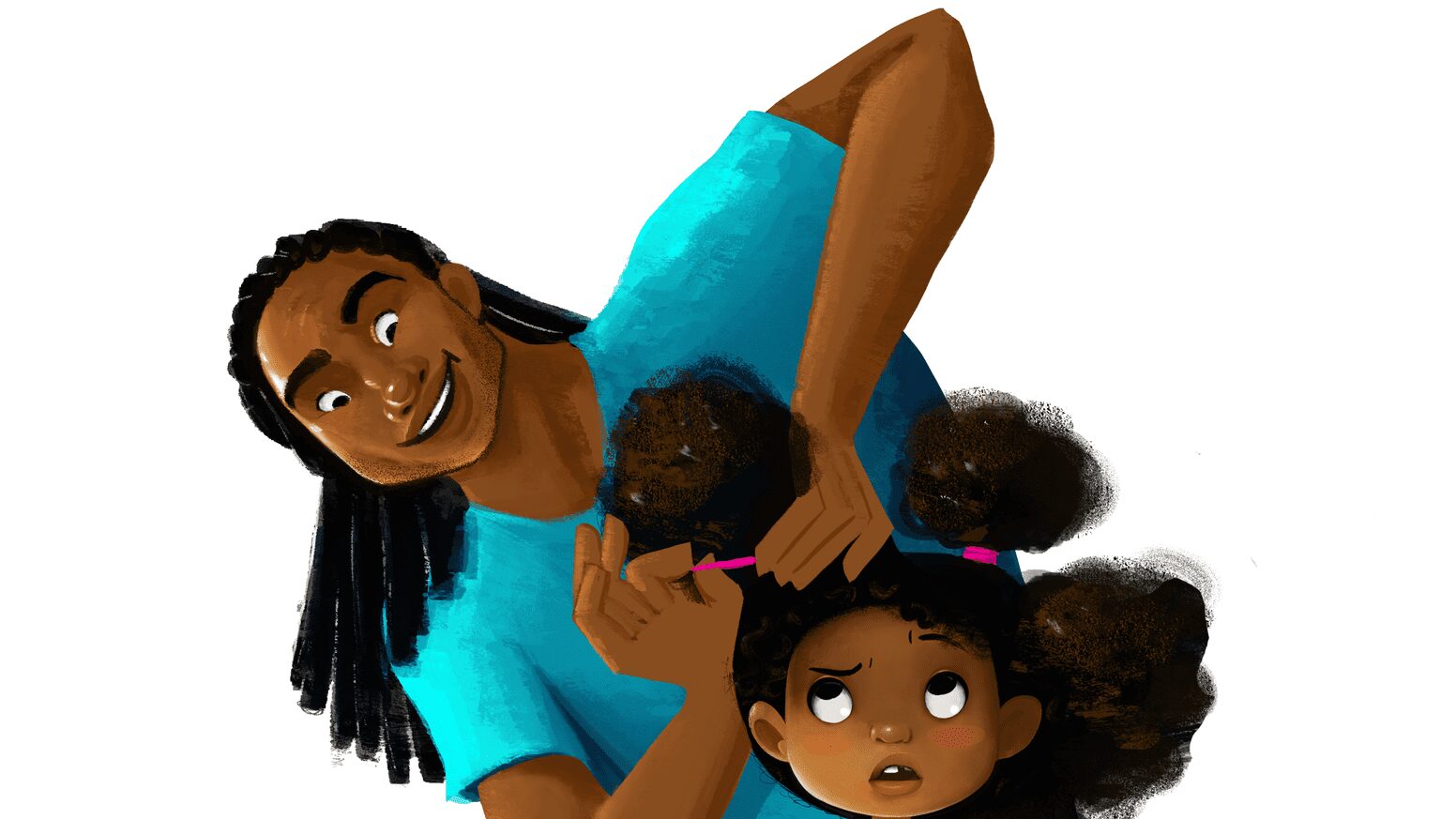 In 2019 Matthew Cherry won an Academy Award for his animated short film Hair Love. The 7-minute film, which was also released as a children’s book, follows a man who must style his daughter’s hair for the first time. Hair Love is a touching story, sure to bring you to tears the first time you see it, but it is also a good reminder that dads can do hair, too.

We talked to three everyday dads who style their daughters’ hair to find out how they learned, why they wanted to, and how doing so has made them better parents.

Reeves Warren, a father of two daughters age 5 and 6, says he started styling his daughters’ hair as soon as they had hair. He does it, he says, simply because he enjoys it. But that doesn’t mean it’s been easy.

“I’ve had to start over on a braid many times,” he says. “I’m lucky my girls have the patience.” 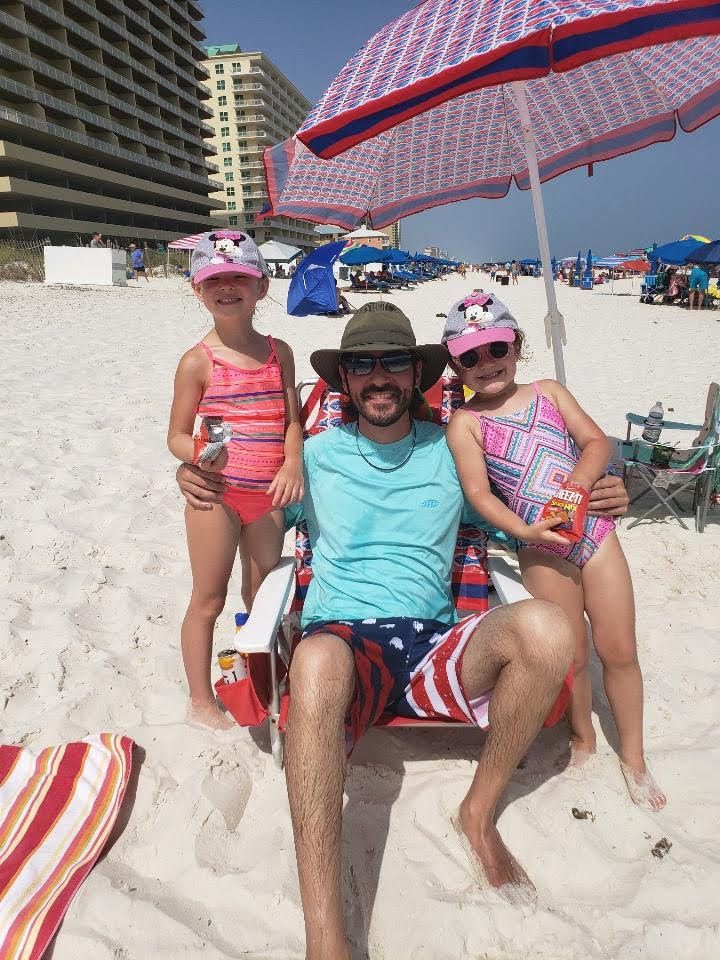 Reeves Warren started styling his daughter’s hair as soon as they had hair!

Cortez Bennett started helping out with his daughter Addie’s hair when she was only 3 months old.

“I didn’t want the burden to always be on my wife to have to get her ready,” he says, “and I want to make sure that I can take full care of her.”

Malcolm Griggs learned to care for his daughter Lailah’s hair for similar reasons.

“I didn’t want to be that dad that couldn’t properly get his daughter ready if mom is occupied or out of town,” Malcolm says. 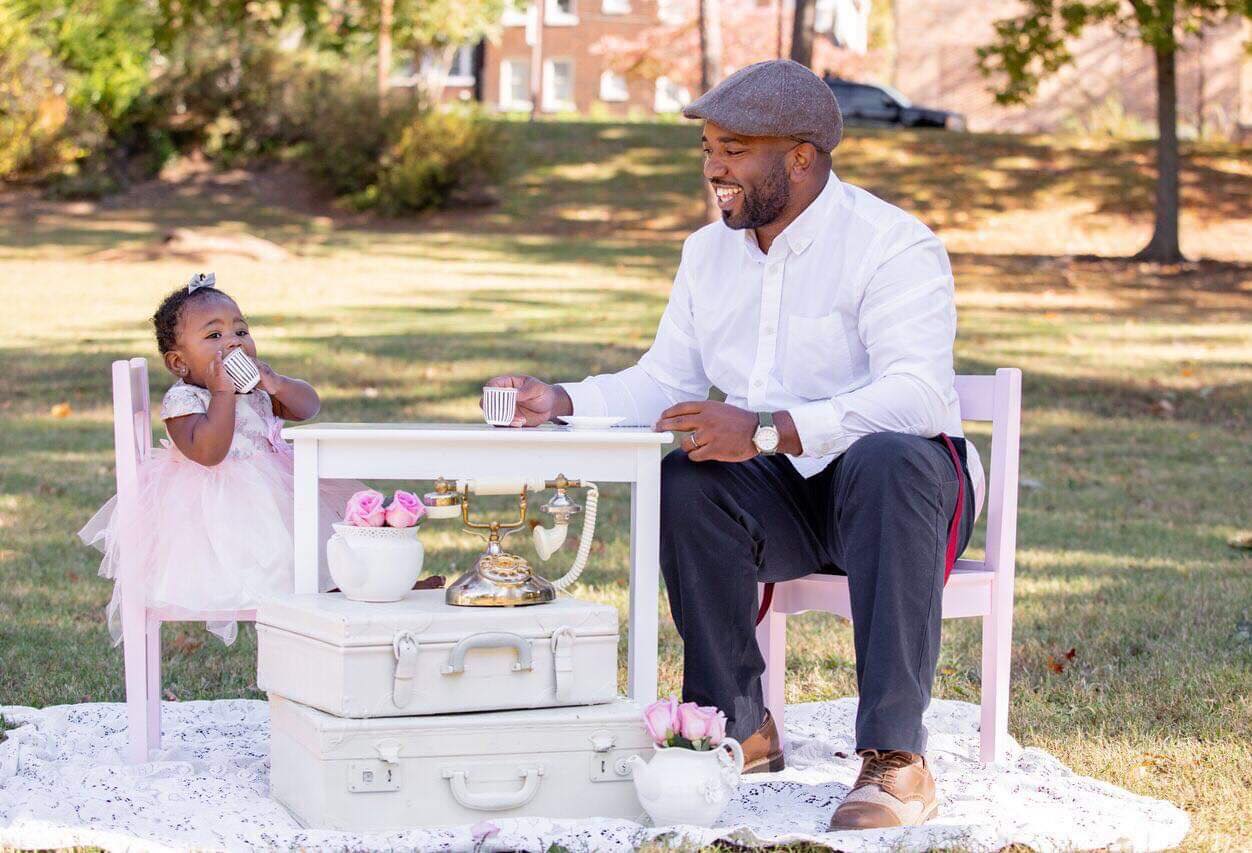 Malcolm Griggs says what he loves most about styling his daughter’s hair is the chance to bond with her.

Cortez says what he loves most about styling his daughter’s hair is that special daddy-daughter time.

“It gives us time to bond one on one,” he says, “even though it’s me chasing her around with a spray bottle and brush.”

Malcolm also uses hair time to bond with his daughter.

“During that time, we joke, trade affirmations, sing songs, and read books,” Malcolm says. “We also go over things she’s learning like colors, days of the week, birthdays, and family members’ names. I believe she knows that it’s our special bonding time.”

Dads can also use this time to do their part in boosting their daughters’ confidence. Cortez and Malcolm both repeat affirmations to their daughters daily. But a good hairstyle certainly helps, too.

“My favorite part is when she knows she looks good after I’ve finished her hair,” Malcolm says of his 2-year-old daughter. “She is so full of personality. She will get down and find the biggest mirror in the house, smile, pose, hold her head back, and shake her hair from her face. It’s the funniest thing ever. Where did this little woman come from?”

Reeves also counts moments like this as his favorite.

“The most rewarding aspect of doing my girls’ hair is when they are excited about the results,” he says. “They parade through the house like they are royalty.  Whatever they ask for, I try to do, even when it looks silly.  If they like it, I’m all about it.  What I hope most is that they gain confidence in appearing however they like.” 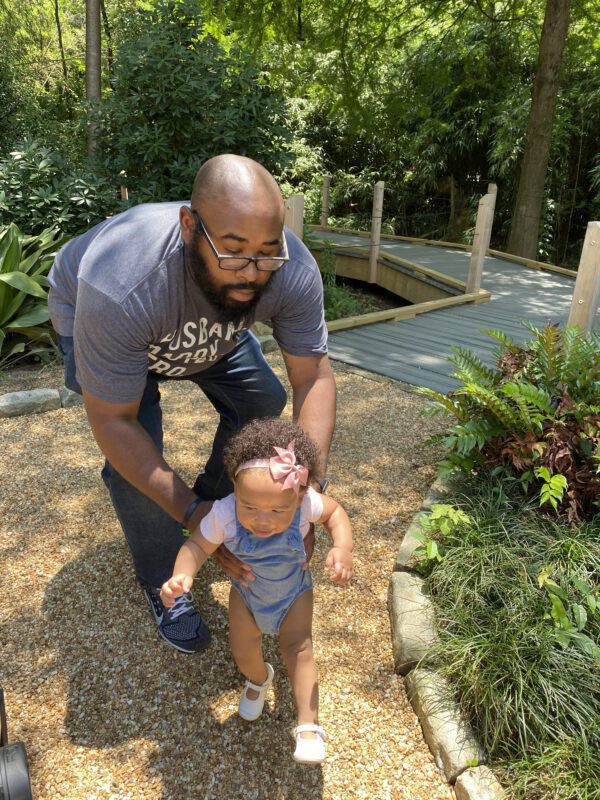 When styling his daughter’s hair Cortez Bennett keeps things simple with a cute Afro and a big bow.

Even before his daughter was born, Cortez started preparing for hair duty – or tried to, at least.

But he learned to keep things simple.  His daughter Addie is only 16 months old, so for now, after detangling her curls and slicking down her edges, he sticks to a cute afro and a big bow.

“This is the style she gets most of the time because she is so young,” he says. “Getting her to sit still for other styles is a challenge.”

Reeves and Malcolm both turn to YouTube for help. Malcolm also scrolls Instagram for hairstyle inspiration and he’s not afraid to ask for help.

“I ask my wife about certain things and she gives me suggestions,” Malcolm says. “I’ve asked women my age about their hair and products they used several times.”

Malcolm’s go-to styles include a simple ponytail, Afro puffs, and twist-outs, but he’s always up for trying anything.

“Don’t get me wrong, I’m no Baskin Robbins when it comes to little girl hairstyles,” he says, “but when I see something that I like while I’m out, I try to implement when I get time.

Reeves has go-to styles for almost any occasion.

“In a pinch, the standard braid helps to prevent tangles,” he says. “For recitals, we make a donut-shaped bun by rolling up a high ponytail with a flat slap bracelet and then letting the bracelet curl up at the hair tie and spreading the hair around the circle.  For gymnastics and swimming, it’s usually French braided pigtails to keep all the wispies at bay.”

You’ve Got This, Dad 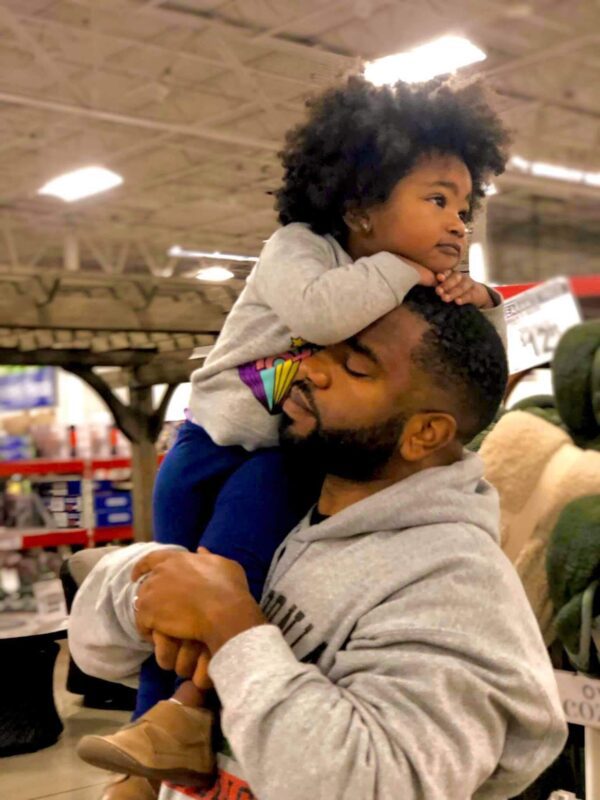 “A brush and an ounce of effort can take you far,” Malcolm Griggs says.

Dad, if you want to do your daughter’s hair but you’re been afraid to try, Cortez has some simple advice for you: “Just go for it,” he says. “The only way you get better is by doing it.”

A practical tip he offers is to try to do your daughter’s hair on days when you don’t have other pressing tasks on your to-do list. Patience is key.

Malcolm’s advice is to not overthink things.

“Fellas, you’ve got this!” he says. “A part is nothing but a straight line made by a comb. It may take some time, patience, and detangling but you got it, boss! A brush and an ounce of effort can take you far.”

And if your daughter is old enough, simply ask her what kinds of styles she likes.

“Be gentle, be patient, practice, and watch hours of YouTube videos,” Reeves says. “But most of all, try to make it fun!

Need help styling your daughter’s hair? Check out these videos from YouTube:

8 Easy Hairstyles for Girls Even Dad Can Do

The French Braid for Dads

How to Style Thick Hair

Ponytail, Pigtails, and a Basic Bun