After years of trying to become pregnant, I received news that would change my life forever. I was expecting … three! From barren to bursting, my journey has entailed a fertility specialist, an urgent C-Section, a pro-longed NICU stay, and — finally — adjusting to life with triplets during a global pandemic. This three-part story details my conception/pregnancy, the birth/hospital stay, and a new life full of joy raising three infants. 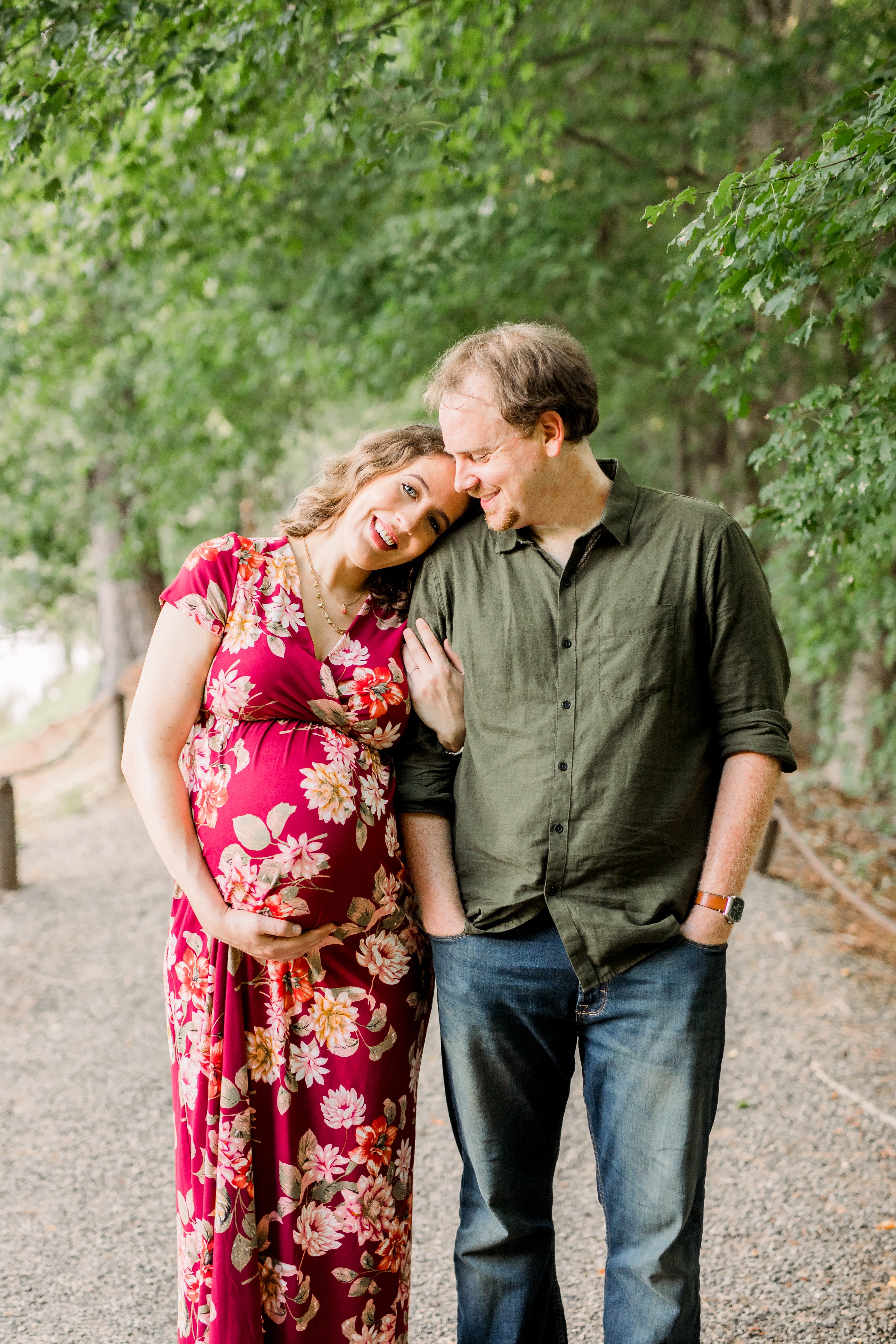 My husband and I always knew we wanted kids. We talked about that desire long before marriage. But, after seven years of marriage and two years of “trying” — which involved tracking ovulation cycles, countless tears, monthly letdowns, and negative pregnancy tests — we sought out medical advice to see if anything could be done to help us out.

Working with my gynecologist, we spent six months running tests charting my progesterone levels and undergoing an HSG (hysterosalpingography) dye test to see if any of my tubes were blocked. Everything on my end appeared to be “clear/normal.” My husband started taking medication to improve his sperm motility after visiting the urologist. Unfortunately, we still could not get pregnant on our own even with his numbers boosted, so we were referred to a fertility specialist.

(If I can insert some advice here, I’d like to say it takes time coordinating tests and medicine with your cycle, so everything takes a month at a time to progress and discover answers. I’m glad we began working through steps with my gynecologist when I did.)

The closest fertility specialists were an hour away from where we live, but thankfully, their office communicated and worked well with our local hospital so I could have labs drawn in our hometown. They immediately started working on a plan with us and didn’t need more time to run further tests. After initially meeting with the specialist, we essentially were offered two paths to choose from: artificial insemination (delivering the sperm directly to the uterus) or IVF (in vitro fertilization). We chose to pursue artificial insemination because it is less expensive and less invasive. We were told we could potentially undergo up to six rounds before needing to pursue other options.

I received a fertility medicine and trigger shot before the procedure. My labs showed elevated HCG hormone levels due to the medicine, which meant there was a 3 percent chance we could get pregnant with triplets and up to a 20 percent chance we could have twins. We could have skipped that cycle and taken a lower dose of the medicine next time to lower the chance of multiples. We thought and prayed about it and decided that we didn’t want to waste a cycle without knowing how successful it would be.

Needless to say, my body responded well to the medicine and procedure, and I became pregnant! I honestly knew I was pregnant even before taking a test because my breasts had already started growing in size. I went twice to the specialist for initial ultrasounds before visiting my OB-GYN. At my first ultrasound, the specialist said I was having twins. I was elated and grateful that we wouldn’t be outnumbered. Then, two weeks later I went back for another ultrasound where we would hear the heartbeats for the first time. I had to go in without my husband since the COVID-19 pandemic was in full force. Lying in the chair the doctor informed me, “Oh we found another one!” Certainly, he must be joking, I thought. He seriously informed me, “Oh no, I don’t joke about these things.” I was in literal shock. My first response was, “We’re going to have to buy a minivan!”

When I went out to the car to show my husband the ultrasound, now showing three sacks, I led with telling him everyone has a healthy heartbeat. To which he replied jokingly, “And we’re having triplets!” I just held up the ultrasound photo and nodded. We spent the drive home in shock and disbelief, mixed with tears of joy and a general feeling of overwhelmingness.

While driving, the song “The Middle” by Jimmy Eat World came on the radio. The chorus’ lyrics are:

“Everything, everything will be just fine

Everything, everything will be all right, all right.”

We smiled and laughed. In a way that song has become our theme song throughout this wild triplet journey. 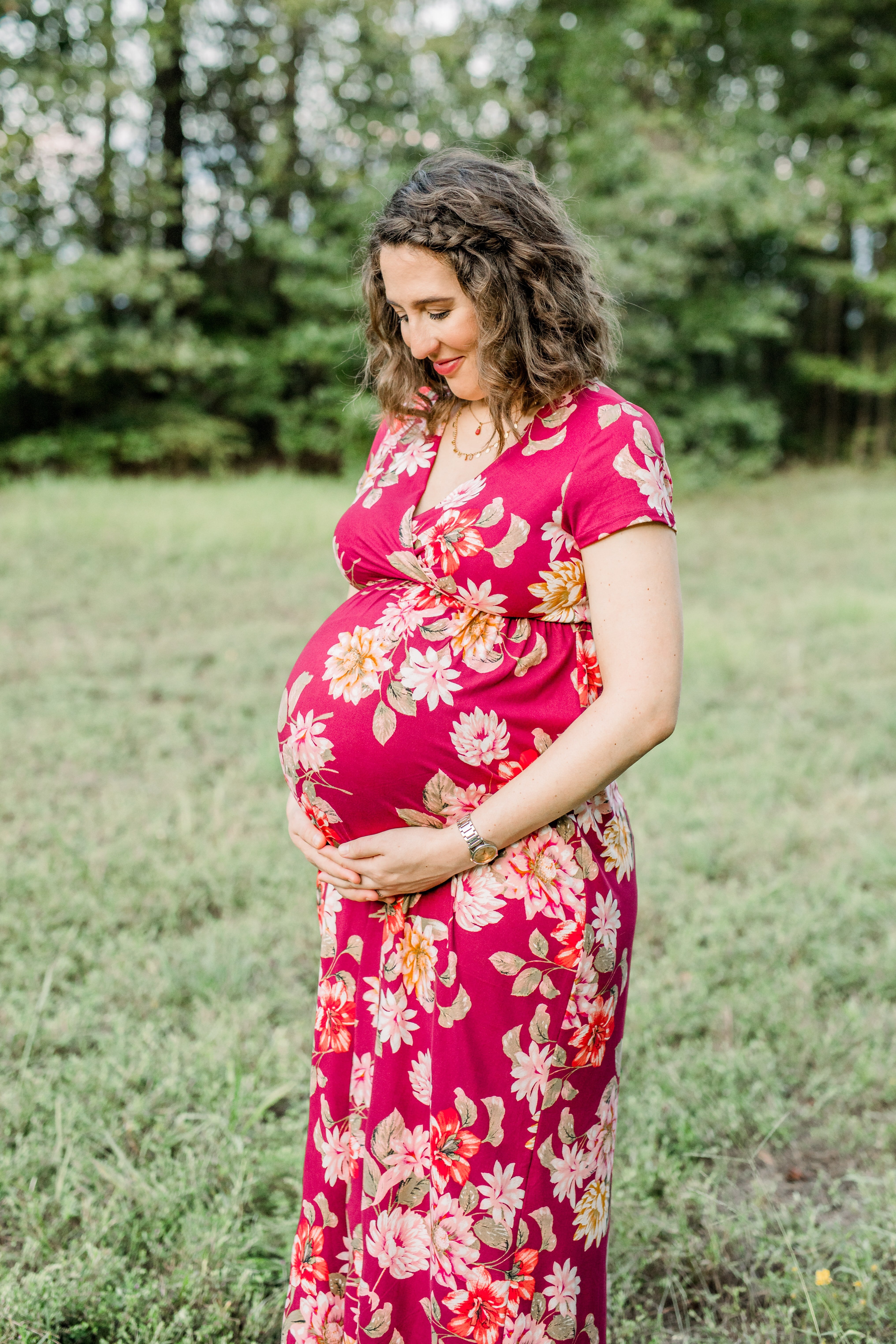 I had a relatively easy pregnancy. The few days I struggled with nausea during my first trimester I was conveniently working from home due to COVID. I had to visit my OB and a maternal fetal medicine (MFM) doctor every two weeks to keep a close eye on my progress since I was carrying three babies.

The most important thing when pregnant with multiples is to try to make the babies as big as you can because you will have to deliver early. The bigger they are at birth, the quicker they will develop and continue to gain weight after delivery. You’re essentially trying to cheat time. I read a book about having twins, triplets, and quads that recommended I eat a whopping 4,000 calories a day. I ate and drank a lot of protein and tried to drink as much water as possible. My ankles and calves swelled around 24 weeks, and I was pretty miserable during our maternity shoot at 28 weeks.

When I went in for my OB appointment at 30 weeks they drew labs. My doctor called me the following morning. I could tell immediately from his tone that something was amiss. My lab results showed that I had developed a rare condition called HELLP syndrome due to my low platelet count and elevated liver enzymes. The result? At 30 weeks I would be delivering my babies — and it would be either that night or the next morning.

This story is part of a three part series:

Jenna Yeakley
Jenna is a former children’s librarian who lives in East Texas. She and her husband of 7 years live there with their 4 month old triplets, 2 cats and a dog. In their spare time (ha!) they enjoy visiting friends, playing board games and drinking coffee.