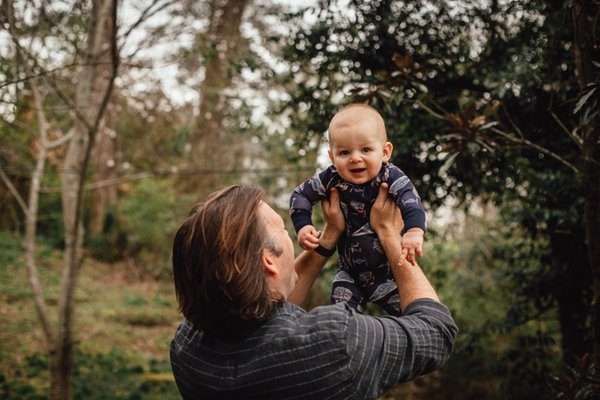 For Jonathan Burton, there was never any question: Being a stay-at-home dad made sense for him, his wife Lindsay Rhodes, and their son Leo. “My wife is a physician and invested a lot of time and energy into her career,” he says. “She loves her work.”

Jonathan has an accounting degree and worked in the finance department of a large nonprofit. Though he enjoyed his work, he was eager to spend more time with Leo. “My dad passed away before I was 2, and I didn’t get to experience life with a father,” Jonathan says.

“When I had the chance to be at home full time, it seemed like a great opportunity. I’m also very excited to be my son’s main teacher for the first few years of his life.”

His last day in the office was five days before Leo arrived, which gave the couple a few days to relax and prepare. Now, with 10-month-old Leo, those quiet days are a distant memory. Jonathan starts his days early, eating breakfast with the family, prepping Lindsay’s lunch and snacks for the day, and seeing her off to work. Next comes playtime with Leo, followed by naptime or a stroller ride.

Jonathan prioritizes exercise, choosing to walk to the gym, clock four or five miles in the neighborhood, or run on the treadmill at home. He also enjoys walking around town to run errands. “I’m very fortunate to live in a neighborhood where everything I need is within walking distance,” Jonathan says. In fact, Jonathan lost more than 30 pounds during Leo’s first five months, simply by staying active. 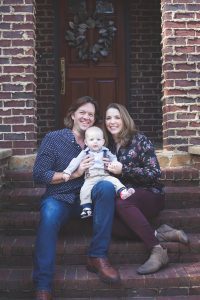 After exercise and errands, it’s time for Leo’s lunch and playtime. Jonathan puts on an educational TV program, such as a live orchestra or a lecture, and father and son watch together while Leo enjoys his bottle. Jonathan builds block towers, and Leo knocks them down. Sometimes he reads his son a book, and other days he practices his guitar on the floor.

Then comes another nap, which means lunch for Jonathan, a shower, and housework. At some point, he takes a quick break to read, and then Leo is awake and ready to play. Then, Lindsay comes home and they eat dinner together.

For Jonathan, being a SAHD is incredibly rewarding. He loves to watch Leo grow each day, hitting those special milestones like crawling or standing. He makes a point of sending photos of Leo doing fun activities to Lindsay at work so she doesn’t feel like she’s missing out, and the fact that Lindsay thinks he’s doing a good job means a lot to him.

Though at times staying home is “almost like being on vacation with Leo,” Jonathan says, he admits there are tougher days when the schedule is thrown off or he feels that he’s not doing as much as he should around the house. “It has taken time to accept that I often can’t get everything done in a day that I may have wanted to do,” he says. “But that’s okay, and the household will survive.”

The days he spends with Leo are precious also because of the close father-son relationship they yield. “Spending every day with him, I get the chance to really understand my son,” Jonathan says. “I know exactly when he needs to eat, sleep, play, or if he’s sick, has gas, or is scared of something. I think my wife notices this about our relationship and sees the value it’s added to our family.”

He’s never caught any flak for the choice—on the contrary, if anything, he hears that people wish they could’ve spent so much time with their own children while they were growing up since it goes by so fast.