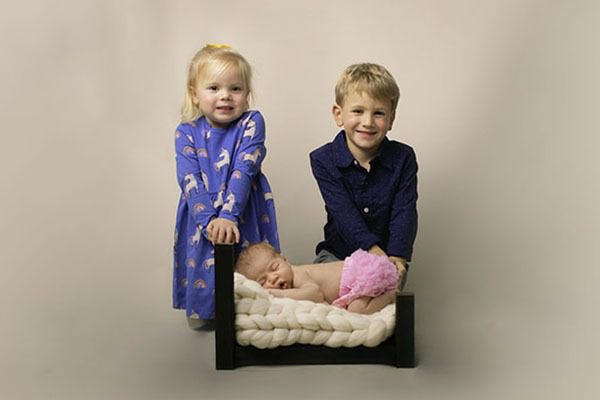 There’s something so sweet and special about those surprise pregnancy stories. You hear about the moms who go in for a doctor’s appointment and come out with the happiest news in the world. Ever wondered if that’s really a thing? We have proof: Meet the mom who experienced not only one surprise pregnancy—but two!

Christy Thompson loves her babies. She loves everything about them.

Sure, two of them were surprises. But it’s not like those babies weren’t in the plan. Soon after she met her
now-husband Neil in 2013, the couple began talking about making a home together and starting a family. They knew they were meant to be together. But sometimes life just takes on a timeline of its own.

The day before Thanksgiving in 2013, Christy had surgery scheduled. During her pre-op appointment,
the doctor came out with a big smile on his face.

“He started telling me, ‘We cannot perform your surgery in the morning, but we’ll be delivering a baby next July,’” she recalls. Surprise—Christy was eight or nine weeks pregnant!

The moment was nothing short of magical. Christy started sobbing tears of joy and, of course, immediately tried to call Neil to tell him to meet her at home.

But he was working and didn’t answer. She made several attempts to call, text, and leave messages.

However, Neil is a director of golf instruction at a local golf facility and he happened to be on the course.

“He was teaching a playing lesson (like 18-hole playing lesson!) with two people he has known for 20-plus years,” Christy recalls, “and he did not have his phone on him.”

Finally, just after dark, he made it home to hear the big news. “I remember the excitement and smile on his face,” Christy says, “and the way he embraced me with a hug … a hug I’ll never forget.” 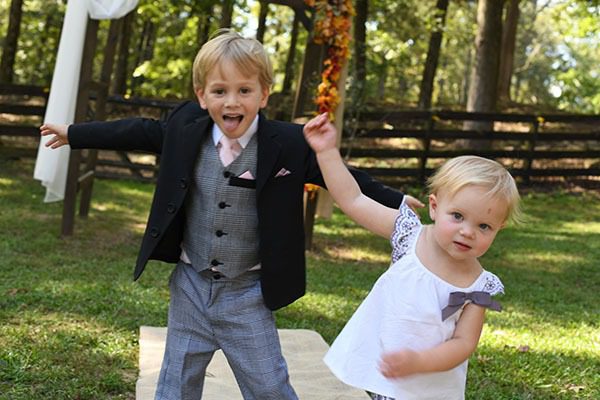 Baby Remy, now 5 years old, was the first surprise for the Thompsons.

However, baby No. 2 was completely planned. Little Ava Marie joined the family 2.5 years after Remy. She was born two months before Christy’s 39th birthday. The couple talked about how fortunate they were to have a healthy boy and girl.

“Neither of us had any desire to have a third child,” Christy says. “We discussed him getting a vasectomy, but we never really followed through with a definitive decision.”

Then in early 2019, Christy decided it was time to schedule a tubular ligation. She walked into her appointment on March 6, ready for her exam.

After asking Christy the standard questions, the nurse left the room and then returned later. She cracked the door and said, “Your urine detected HCG. You’re pregnant.”

Christy was floored. “No way,” she told the nurse. “I don’t believe you. You’re joking. Show me.” 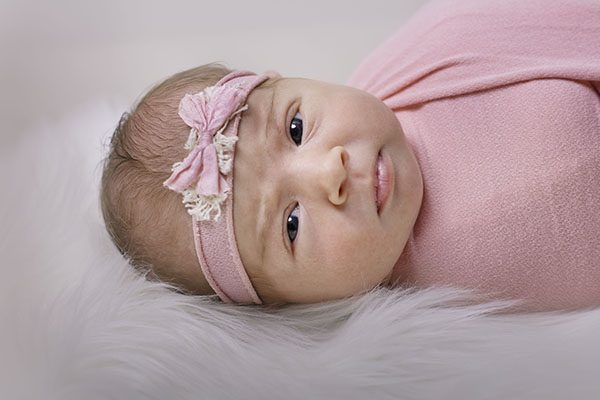 The nurse returned with two pregnancy tests, both showing a bright plus symbol.

Christy immediately began to cry. She was overwhelmed. What? How? “My brain was in overload,” she recalls. “I thought, ‘I’m turning 41 in three weeks and I’m pregnant with a third child. That’s three pregnancies in less than six years. What is God thinking?’”

But, as is often the case, that surprise turned out to have a very happy ending. Baby Lexi Jane was born to the Thompson family on November 7: beautiful, healthy, and weighing 7 pounds 9 ounces.

Christy was lucky to have fairly straightforward pregnancies. Sciatic nerve pain and anemia were the two main obstacles she endured—unfortunately with all three pregnancies. She went into labor naturally with Remy and Lexi but was scheduled to be induced with Ava Marie during week 40.

“I am a planner and really thought I would prefer that,” she says. “I ended up being very nervous about making my body do something that it might not be ready to do. My recommendation to others would be
to allow your body to go into labor naturally if it is possible.”

Recovery after each birth was fairly straightforward. Christy’s sciatic nerve pain went away, her iron levels came back up to normal range, and she was able to walk her dog, Newbie, within the first two weeks after
delivery. 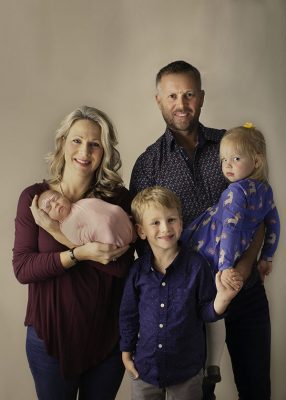 Christy and Neil are loving life with their three: Remy, 5; Ava Marie (almost 3); and Lexi (1-month-old as of December 2019). It’s almost as though their family was fate: They started dating and fell in love immediately, sure after just a month that they would spend the rest of their lives together.

Sometimes adding a baby can cause a bit of chaos in a household. “We were adjusting in all sorts of ways,” Christy recalls. “Being together, living together, being first-time parents, having a third person living in our home—everything happened at once!” The best part? She feels this all made their marriage stronger in every way. Her biggest takeaway? “Don’t sweat the small stuff,” she advises, “and savor every minute of each day.”