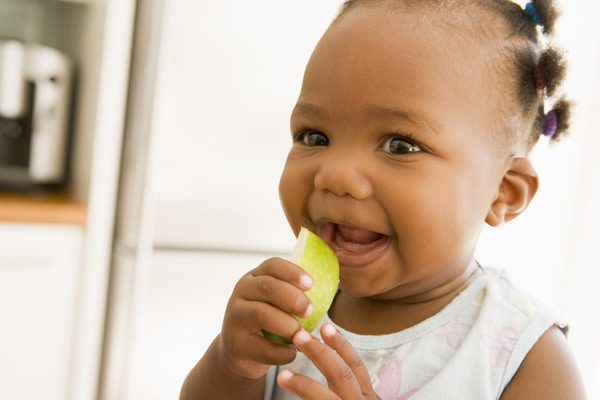 For the first time, the U.S. Department of Agriculture (USDA) included babies and toddlers in their dietary guidelines which sparked a serious nationwide conversation about sugar intake in a child’s first two years of life.

The USDA Dietary Guidelines for Children

The USDA Dietary Guidelines are used by health care professionals and policymakers and dictate much of what Americans of all ages will eat over the next five years and provide a foundation for federal nutrition programs. 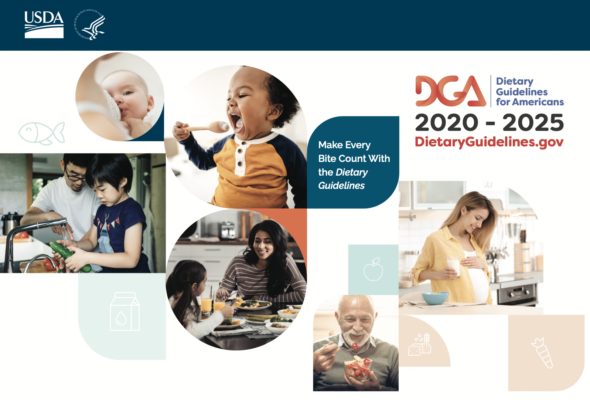 “The science tells us that good nutrition leads to better health outcomes, and the new dietary guidelines use the best available evidence to give Americans the information they need to make healthy decisions for themselves and their families,” said HHS Secretary Alex Azar.

The most debated detail of the guidelines was the recommendation to eliminate any added sugar from a child’s diet under two years of age.

The guidelines state, “Limit Added sugars—Less than 10 percent of calories per day starting at age 2. Avoid foods and beverages with added sugars for those younger than age 2.”

There’s sugar in everything

It’s true (especially in the United States) that we are surrounded by sugar. A frighteningly large portion of the calories and sugar Americans eat comes from ultra-processed foods, which are tinkered with even more than regularly processed foods. Ultra-processed foods are different because they’re enhanced with other additives, including colors, artificial flavoring, and sweeteners. Think bread, salty snacks, pizza, fruit drinks, cakes, french fries, and the majority of pre-packaged snacks many Americans consume daily.

Researchers from Tufts University and the University of Sao Paulo in Brazil found that ultra-processed foods are responsible for almost 60 percent of all the calories Americans consume and about 90 percent of all added sugars they eat.

Added sugars should make up only about 10 percent of a person’s total caloric intake, the researchers note — however, they found that more than 80 percent of Americans typically exceed this recommended limit.

With many families struggling with financial restrictions, time limitations, or both, processed foods are often the cheaper, quicker option when shopping for food. That means that a majority of meals being given to infants and toddlers go against the USDA’s recently released guidelines strictly on the lack of healthy food options readily available to all American citizens.

Throw in the boon of fast-food restaurants and convenience stores on every corner, the fight to eat a proper, nutritious diet starts to look like a losing battle.

Sugar makes for a nice treat or reward

The social calendar of most small children is more booked than most elected officials these days. Classroom parties, birthday soirees, late nights at the athletic complex, and playdates are an everyday occurrence. What’s a good get-together without themed cookies or cupcakes to pass around? As is customary in most cultures, social gatherings in the US revolve around food and the collective voice demands a sugary treat to celebrate with. 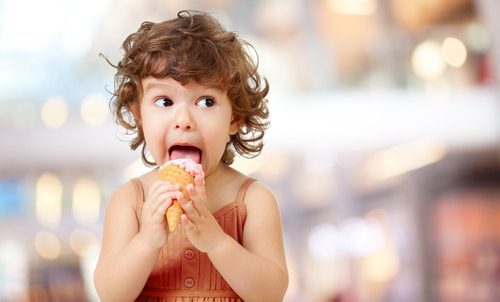 Although most health professionals would agree that a sugary treat is acceptable at any age, the frequency parents are relying on sugar as a reward or as a treat is at an all-time.

“Just over 60 percent of those ages 6 to 11 months averaged just under 1 teaspoon of added sugar a day. That rose to 98 percent among those babies 12 to 18 months, who averaged 5.5 teaspoons of added sugar a day,” said lead study author Kirsten Herrick, a nutritional epidemiologist at the U.S. Centers for Disease Control and Prevention.

“And a whopping 99 percent of babies 19 to 23 months old averaged just over 7 teaspoons of added sugar on a given day, more than the amount in a Snickers candy bar, the study authors said. “Our results show that added sugar consumption begins early in life and exceeds current recommendations.”

It’s hard to deny our littles a piece of cake at a birthday party or an ice-cream cone at the end of a well-behaved outing, but a high-level perspective of the. frequency and quantity of sugar consumption is important.

All my child will eat includes sugar

After examining how readily available sugar is and how frequently it is consumed, it’s no wonder that we’ve got a nation full of picky eaters on our hands.

The truth is we all want our kids to live long happy, healthy lives, and, as hard as it is to fight, overindulging in sugar isn’t our friend on that crusade.

“The consumption of added sugars among children has been associated with negative health conditions such as cavities, asthma, obesity, elevated blood pressure, and altered lipid profiles,” said lead investigator Kirsten Herrick, a program director at the Division of Cancer Control and Population Studies with the National Cancer Institute, a part of the National Institutes of Health.

The good news is, with some intentionality, good eating habits can be cultivated early to set your little one up for lifetime success.

“Food preferences that we develop begin to be established as early as the transition to solid foods, and that usually happens around 6 months for U.S. children,” said lead researcher Gandarvaka Miles, a doctoral candidate with the University of North Carolina-Chapel Hill Gillings School of Global Public Health. “As we learn more about how dietary habits are established, we are seeing that even as early as infancy, breast milk consumption and consumption of fruits and vegetables can help lay the foundation for healthy eating habits,” Miles said.

“Toddlers also don’t make it easy on parents,” said Dr. Annemarie Stroustrup, an associate professor with the Icahn School of Medicine at Mount Sinai in New York City. “Although your toddler may say they don’t like fruits or vegetables, if you keep offering it, as they enter childhood, they will end up with better eating habits and eventually they will likely accept it,” she said.

“Toddlers are not necessarily going to be developmentally ready to try new foods. Toddlers are newness-averse,” Stroustrup said. “You often have to offer a new food to a toddler up to 10 times before that toddler will accept it as something they will eat.”

But it’s important to be diligent and keep trying, both Stroustrup and Miles said.

Sometimes things are easier said than done, but as moms, we owe it to our children to do the proper research surrounding all the findings in the USDA dietary guidelines. Knowledge is power and you will feel best about how your family chooses to avoid or incorporate sugar in their family’s nutritional plans if you make sure to independently research all aspects of the information.

Did the newly released USDA Dietary Guidelines make you rethink or adjust your child’s sugar intake?