Three-and-a-half-year-old Tyson and Annie Mouron were born just 6 weeks apart. They are biological siblings and not twins—in fact, their parents call them “twiblings.” How is this possible?

Allyson and Lewis Mouron began trying to conceive soon after they got married. “We always knew we wanted kids,” Allyson says. “I’m one of three and he is one of three.”  Because Allyson’s cycles had never been regular, she was nervous about her ability to get pregnant. So, after a couple of unsuccessful attempts, the Mourons decided to seek help from their OB/GYN. Clomid, an oral treatment for certain types of female infertility, didn’t work. So, they went to a fertility specialist, Dr. Cecil Long: a board-certified reproductive endocrinologist and the co-founder of America Institute of Reproductive Medicine—Alabama (AIRM). 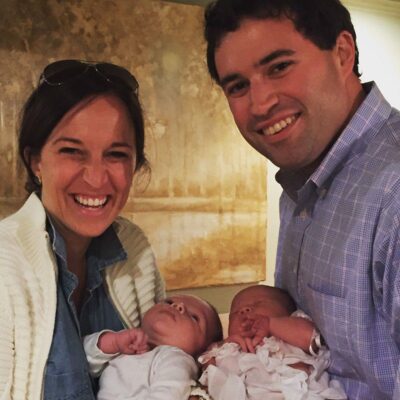 The next four years were a whirlwind. Allyson was diagnosed with polycystic ovary syndrome (PCOS) and unexplained infertility—a frustrating diagnosis shared by approximately 15 percent of couples who deal with infertility. So, she underwent a handful of exploratory surgeries. They tried three fresh IVF cycles and three frozen IVF cycles. They endured five miscarriages.

They’d tried everything. At that point, Dr. Long referred them to a physician who had experience with surrogacy: Dr. Gilbert Mottla of Shady Grove Fertility in Annapolis, Maryland. Their surrogate’s first attempt ended with a failed cycle. The second attempt resulted in a pregnancy—however, the couple’s joy turned to heartache when their surrogate called them 10.5 weeks into the pregnancy to alert them of her miscarriage.

“We were devastated,” Allyson recalls. “We were at the end of our rope, not knowing which way was up or where to turn.” But Allyson still clung to hope. “God gave me the desire to be a mom,” she says. “I had trust and faith.”

On the recommendation of a friend, she read the book “The Hardest Peace,” which is about pursuing God in the midst of brokenness. “For the first time, I got to a place of surrender,” Allyson says. “It wasn’t about us, the doctors, or all the procedures. I thought, God, this is too hard our way. You know what’s best. I surrendered our expectations.”

Dr. Mottla asked the couple to consider trying one more time, and the surrogate agreed. She began preparing her body for another pregnancy.

Meanwhile, Allyson went to Dr. Long for her annual exam. They discussed putting her on birth control and decided to perform an ultrasound to check for cysts. During the ultrasound, the nurse’s eyes filled with tears. Allyson was startled. She wondered if there was a problem. Then, the nurse pointed to the screen. “Allyson, that flickering is a heartbeat,” she said. “You’re pregnant.” 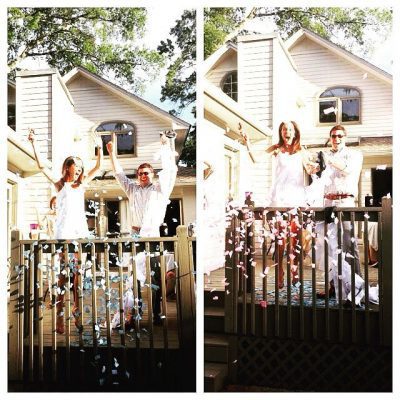 The moment was like “an out-of-body experience,” Allyson says. Finally, after four years of trying with no success, she was floored to realize she was expecting a baby. And not only was she expecting, but she was also 8 weeks along! “I had never gotten that far in a pregnancy before,” Allyson says. “A sense of peace came over me. This baby was a gift from God, and I felt that God was taking care of the baby.”

Meanwhile, their surrogate was preparing her body to receive the couple’s embryo. Allyson and Lewis prayed about what to do. They ultimately decided that if God’s plan was to doubly bless them, they’d gratefully accept that gift.

The day they told their surrogate they were pregnant, she said through tears, “The day I miscarried, I asked the elders at church to pray for you. One of the elders told me he prayed that God would perform a miracle and give you two babies.” Amazingly, their surrogate became pregnant.

During Allyson’s pregnancy, the couple gathered their friends and family at a gender reveal party. They popped the balloon and blue confetti flew out—a baby boy! Then came another surprise. Their loved ones didn’t know their surrogate was also pregnant. So, they were amazed when another balloon was brought out. This time, pink confetti flew everywhere. Their surrogate was pregnant with a girl. 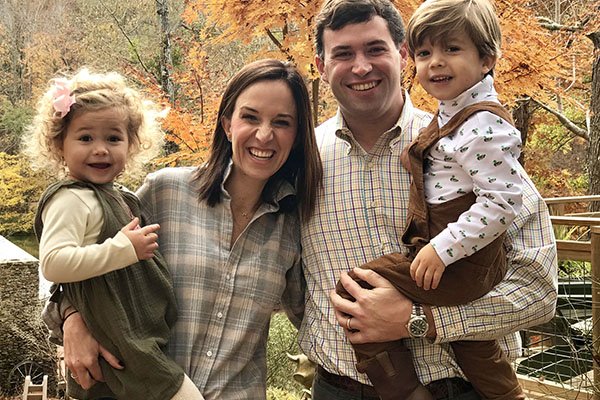 Allyson had an uncomplicated pregnancy and birth. The couple was thrilled to welcome baby Tyson into the world. Six weeks later, they flew to Ohio the day before their surrogate underwent a C-section to welcome baby Annie.

Three-and-a-half years later, the couple still counts their blessings. Tyson is “all boy,” his mom says. He loves trucks, balls, superheroes, and Paw Patrol. He’s a bit timid, a pleaser, and a snuggler, she says. He has his mommy’s heart and he’s his dad’s little buddy. Annie is “all girl.” She’s into dance, makeup, and dolls. She’s spunky, dramatic, loud, and full of life. She has her daddy’s heart, and she’s her mom’s best friend.

“Our story couldn’t have been written any better,” Allyson says. “God had a hand in this. It was so beyond our control. We are so grateful to have a healthy boy and a healthy girl. It was all so worth it.”

With their prayers answered and their family complete, Allyson and Lewis decided they wanted to share their story and help other couples dealing with infertility. “For most people, fertility is not only a burden due to heartache,” Allyson says, “but also a financial burden.” 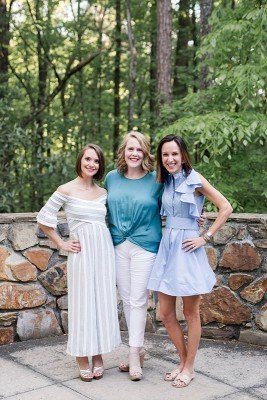 The couple was in a position to give. During a conversation with Dr. Long and Nurse-Practitioner Karen Hammond, Karen mentioned she was on the board of a nonprofit organization called Blessed Brokenness. After Ann Adams wrote a curriculum called “A Blessed Womb,” designed to shine the light of Christ into brokenness, the organization was born. Mallory Wear was in the first “A Blessed Womb” study group, and the pair immediately hit it off.

They serve more than 100 women through small groups and plan to expand the curriculum to cover topics such as marriage, postpartum anxiety and depression, and infant loss. Their second goal is to offer financial assistance to married couples who could use support with the high cost of fertility treatments. The organization solicits support from individuals and companies. They also apply for grants.

Blessed Brokenness is currently establishing criteria for couples to apply for financial assistance, and they anticipate that applications will be accepted starting in fall 2019. An anonymous committee (not including the three of them) will review the applications.