Health statistics are reported by race throughout our health tracking systems. Everywhere you look, in every measure, you can see that health outcomes for Black people are worse than for White people. Here’s a sample showing the differences, or disparities, in outcomes reported by race in the USA.

My lane is pregnancy, birth and breastfeeding, so I will focus this discussion there.
From life expectancy and diabetes, to infant mortality (death of a child before age one), Black outcomes are worse than White (1).

So is race a risk factor? Does being Black cause you to have poorer health? NO! Racism does that!

Let’s break it down: Individual behaviors impact pregnancy health.
For example – food choices. Eating healthier foods is good for pregnant people and their babies. But Birmingham, and many cities in the US, have whole neighborhoods without grocery stores. These “food deserts” are often disproportionately in poor, predominantly Black neighborhoods (2, p. 28-29). It’s very hard to make healthy food choices when you don’t have access to healthy food choices.
Exercising regularly improves health. In Birmingham, air pollution and polluted land is more common in under-resourced, predominantly Black neighborhoods (read more at GASP, an organization devoted to environmental justice here in Birmingham). And even if the air is good, it might not always be safe to be outside.

Long years of segregationist policies have led to people living in neighborhoods with vastly different resources. Racism set this system up. Racism is at the root of the inequities that lead to differences, or disparities, in health outcomes.

Beyond the environment; the neighborhood where people live, work and play, there is the environment of the health care system. Who has reliable, continuous healthcare coverage? Many Americans get their health insurance through their jobs. To cover others, the US established Medicare and Medicaid in 1965. Our national and state policies around Medicare and Medicaid tell us a lot about whom we value.

We value our elders: Medicare covers all seniors over the age of 65.

We value children: Medicaid eligibility is income based, covering children from low-income households until age 18. It also covers adults who have minor dependents IF their income falls below a certain threshold. The Affordable Care Act used expansion of Medicaid eligibility to extend health insurance to more people by raising that threshold. In states that expanded Medicaid, the threshold was moved to 138% of the Federal Poverty Level (FPL). Alabama, however, did not expand Medicaid and has one of the lowest thresholds for eligibility in the nation. Thus, to qualify for Medicaid, parents of young children must have an income under 18% of the Federal Poverty level. That’s less than $4000 a YEAR for a family of 3 (see graph below). 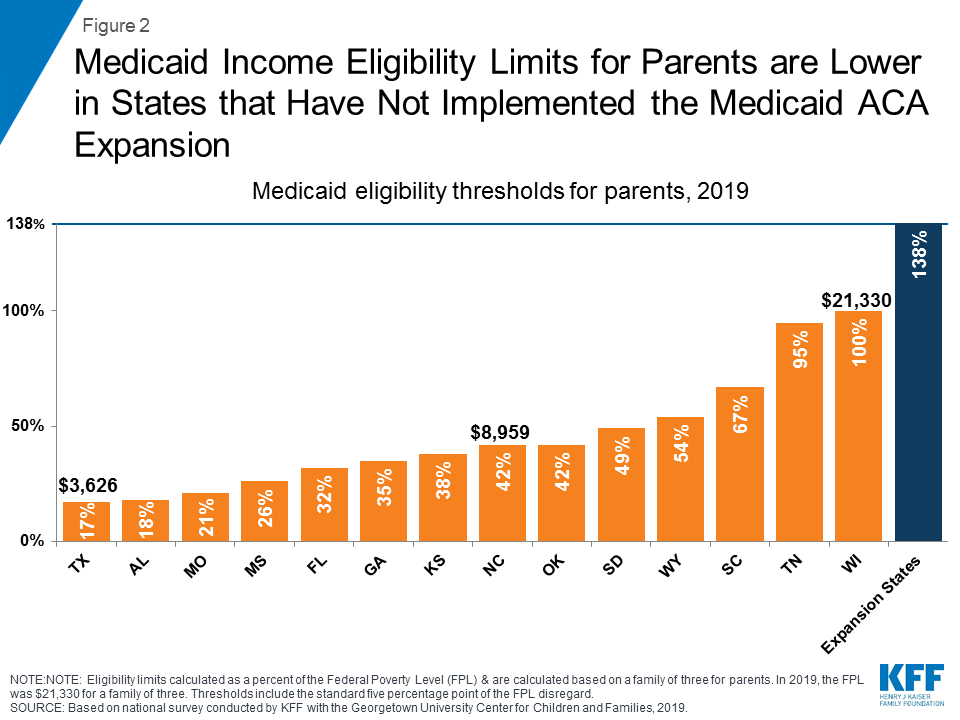 Medicaid also covers low-income pregnant people. This care ONLY covers pregnancy related services and ENDS 6 weeks after the baby is born. The irony is striking: Medicaid extends coverage to adults when they are gestating a baby, and ONLY for pregnancy related care. So the focus of Medicaid is on protecting children, but not their parents.

This lack of access to continuous health care services means that under-resourced pregnant people have no coverage between pregnancies and therefore may enter pregnancy with untreated chronic conditions. This is a POLICY problem and it impacts Black Americans disproportionately.

But even upper middle class Black people have a higher risk of dying due to pregnancy related issues than White teen high school dropouts (3).

That leads us to another driver of health inequity: the racism and unconscious biases that Black people encounter on a daily basis. I encourage you to explore your own implicit bias. You will be surprised! You can do that here using a well-researched tool developed at Harvard.

This racism is killing birth-givers. I will pause here so we can say the names of a small number of them: Shalon Irving, Marquetta Johnson, Kira Dixon Johnson, Krystine Toledo-Gonzalez, Audrey Lockett LaBranche, Marlene Dominquez-Hicks. Read more here.

Furthermore, when entering the health care system, Black people can’t count on equitable care. Research shows, for example, that health care providers often believe that Black people experience less pain than Whites (4). And the Giving Voice to Mothers Study found that Black women are more likely to experience mistreatment during pregnancy and childbirth in the US than White women (5).

The problem is not race, it is racism!

Finally, we need to acknowledge the impact of the STRESS of living while Black. To my White readers whose privilege has spared them from these stresses: Imagine for a moment that you are pregnant and expecting a baby. Imagine if you knew your baby was coming into a world that saw him as a threat, and vilified, profiled, and discriminated against her all her life. Would your stress levels during pregnancy be higher because of the fear that your BABY will not make it to their 20th birthday alive? Or at least without a life-threatening interaction with police?

Imagine that while you are pregnant you start reading the award winning NPR/Propublica Lost Mothers Series about the abysmal US Maternal Mortality Rates (death from a pregnancy related condition during pregnancy or up to 6 weeks postpartum), and you learn that the maternal mortality rate is 2-4 times higher for you if you are Black, compared to your White friend?* (6)

Stress is known to impact health in general, and specifically to increase the risk of preterm birth. Babies that are born too soon and too small have a higher risk of not surviving to their first birthday. (7,8)

You know the problem is racism. 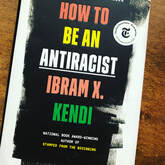 So what is the solution? Antiracism. As Ibram X. Kendi explains in his amazing book How to be an Antiracist, the opposite of “racist” isn’t “not-racist”. It’s not enough to just say “well it’s not me, I didn’t do that, I never say that…” Because racism is killing people! We each have to DO the WORK of identifying the systems and policies that underlie racism in our community and in our country. And then we need to work to CHANGE them – that’s the work of Antiracism.

What can you do? Here’s a place to start:

Recognizing that racism is a risk factor is the first step toward improving the health of Black parents and their babies. Take that step with me, and let’s keep walking together!

Interested in more? Read about Antiracism here:
How to be an Antiracist by Ibram X. Kendi https://www.penguinrandomhouse.com/books/564299/how-to-be-an-antiracist-by-ibram-x-kendi/Read about the impact of racism on women’s bodies here:
Killing the Black Body: Race, Reproduction, and the Meaning of Liberty by Dorothy Roberts https://www.amazon.com/Killing-Black-Body-Reproduction-Meaning/dp/0679758690Read how America Is Failing Black Mothers here.

* Black folks are 3-4 times more likely to die due to a pregnancy related condition. This statistic is
shocking and appalling. At the same time, it’s important to remember that the death of a mother is RARE!! The maternal mortality rate is 15-50 per ONE HUNDRED THOUSAND pregnant people. So although this disparity is astounding and the inequity unforgiveable, the numbers are small. Your PERSONAL risk of dying is very low! On the order of 0.001%.

** BIrthWell Partners is a non-profit here in Birmingham that works to increase access to the proven benefits of doula support in Central AL.

Race is not a risk factor: RACISM is!

Please confirm you want to block this member.

You will no longer be able to:

Please note: This action will also remove this member from your connections and send a report to the site admin. Please allow a few minutes for this process to complete.