It’s a Southern Thing – a Birmingham, Alabama based media platform that’s all about celebrating the South – has released a new picture book that you’ll want for your kids and for yourself.

Y is for Y’all is a book of Southern ABCs written by veteran journalist Kelly Kazek and illustrated by Michelle Hazelwood Hyde.

While Kelly hopes teachers and parents can use the book as a tool to get kids excited about reading, all in all, the book is meant to be just plain fun.

“The great thing about being able to collaborate with It’s a Southern Thing is that I felt free to add lots of humor,” Kelly says. “That way, ‘H’ could stand for ‘hissy fit’ and ‘F’ for ‘fixin’ to.’ It’s much more fun that way.”

A is for azaleas that grow in parks around the South. B is for “Bless your heart.” It’s something Southerners often say “when nothing else will do.” And because you can’t forget Southern food — C is for cornbread and D is for deviled eggs. 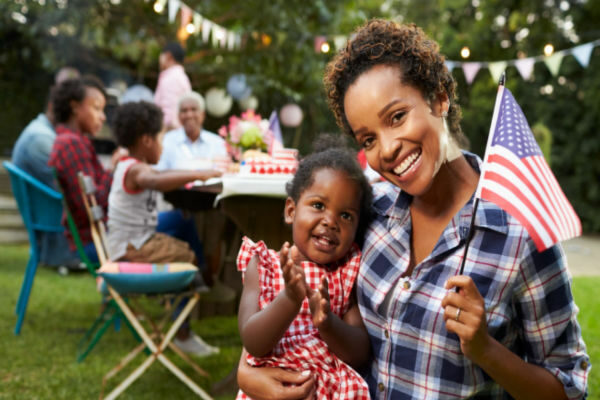 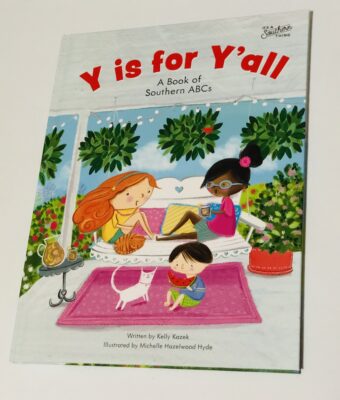 “Of course, most people think picture books are made to read to children or for very early readers to enjoy themselves. This book is different,” Kelly says. “Because it has the humorous aspect and because it is so uniquely Southern, people have been buying the books as gifts for adults, as well.”

Kelly is the author of 10 books about regional history and the South’s fun roadside attractions. She’s also authored two collections of humorous essays. But for years Kelly has wanted to write a book of Southern ABCs.

“As an English major at Auburn University, I was enamored with the study of Southern literature,” Kelly says. “Our language and our penchant for storytelling just make reading so much fun, at every stage and every age.”

Kelly hopes Y is for Y’all will be a great addition to storytime and bedtime for Southern girls and boys.

“The humor was really brought to life with Michelle Hazelwood Hyde’s adorable illustrations,” Kelly says. “I was so pleased with how they added to the feel of the book.”

Y is for Y’all doesn’t try to teach your little one any deep life lessons. But that doesn’t mean there’s no message to be gleaned.

“It is meant as straight-up fun but, in the process, folks can learn a little about our Southern culture and why and how we use some of the colorful language and phrases we use,” Kelly says.

It’s a Southern Thing, which is powered by AL.com and Alabama Media Group, has a Southern ABCs Children’s Line that also includes onesies, toddler tees, bibs, and a Southern Alphabet poster.

“There really is no message intended except for the one that is the ongoing message of It’s a Southern Thing,” Kelly says. “We do things a little differently in the South; let’s celebrate that.”