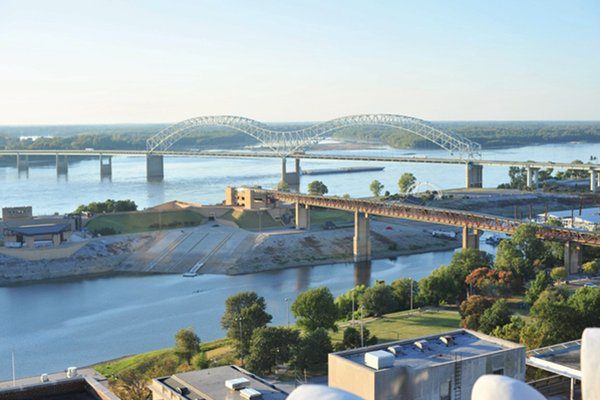 From the beats of soul music to the roars at the Memphis Zoo, Memphis is a great family-friendly destination. Many know it as the city where Elvis lived. However, as you peel back the layers, you’ll find there’s much more to Memphis. 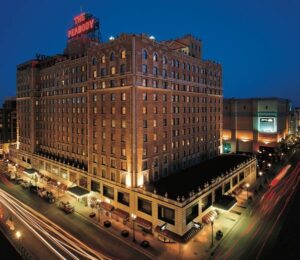 Known as the South’s Grand Hotel, the Peabody Memphis merges a family-friendly vibe with luxuries parents crave, including a resort-style luxury spa and on-site restaurants. The Peabody is most famous for a 90-year old tradition where ducks march to the lobby fountain at 11:00 a.m. each day and stay there until they march back to the elevators at 5:00 p.m.

On a recent visit, we learned that the hotel gets a new team of ducks every three months from a local duck farmer. When the ducks are a year old, they go back to farm, where they usually fly off to the wild. They are never named or hand-fed, so they can easily return to the wild.

Families can spend one-on-one time with the Duckmaster when booking the Ducky Day Family Package, which includes one night’s accommodations, plus the following: 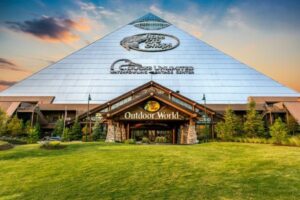 Bass Pro Shops at the Pyramid features a 100+ room hotel, Big Cypress Lodge. Each room is designed as an outdoorsman’s paradise and is so comfy, you hardly realize you’re staying in a hotel. Each room comes with a “front porch” that overlooks the retail space, complete with wooden rocking chairs. Guests can rent the hotel’s new cruiser bikes by the hour, which they can use to explore Memphis or ride along the Mississippi River in the adjacent Tom Lee Park.

THE CHILDREN’S MUSEUM OF HISTORY

Memphis is steeped in history, and the Children’s Museum of Memphis offers hands-on exhibits and programs that bring history alive for kids. It’s located in the former National Guard Armory, which was built from 1941 to 1942. The museum has a splash pad, an outdoor play area, an area specifically designated for children under four, and the recently refurbished Grand Carousel. Originally built in 1909, the carousel has been repainted to match its original autumn color scheme. With hand-painted wooden carvings, traditional carousel music, and 1,350 lights, the carousel provides a memorable experience for visitors. 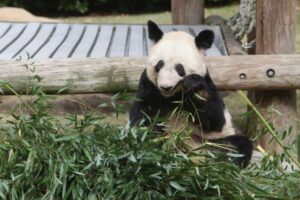 Turn on your wild side when you visit the Memphis Zoo, which is rated one of the top zoos
by TripAdvisor. Home to more than 3,500 animals, it is one of only four zoos in the country to have giant pandas.

Shelby Farms Park is more than five times larger than Central Park in New York City. This free park is open to the public every day between sunrise and sunset. In 2016, they completed their Heart of the Park expansion, which features a larger lake, paved bike trails, a new visitors center, two new restaurants, a water splash pad for kids, bike and boat rentals, an outdoor concert venue, and much more. 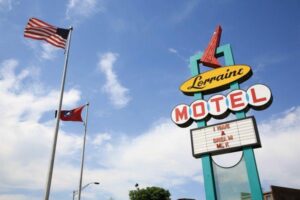 At the National Civil Rights Museum, families can see the room where Dr. Martin Luther King, Jr. spent his last night. View the balcony where he stood as he took his last breath. Dive into the civil rights story from the 17th century to the present. April 4, 2018, will be the 50th anniversary of Dr. Martin Luther King’s passing. The National Civil Rights Museum started a year-long celebration last year to commemorate his legacy and focus on the future with a theme of “Where do we go from here?” This celebration is interactive, encouraging visitors to share their stories as well as commit to a year of peace and action.

The National Civil Rights Museum is one of eight stops on the civil rights historic loop as part of the Memphis Heritage Trail. New in 2018 will be the I Am a Man commemorative plaza, set to open by April. The plaza will be located next to Clayborn Temple, where Martin Luther King, Jr. gave his last speech. The Memphis Heritage Trail includes such stops as the Withers Collection Museum and Gallery, where photographs tell the story of local history. Exploring the trail is sure to help kids appreciate the diversity, history, and culture of Memphis.

The stops on the Heritage Trail include: