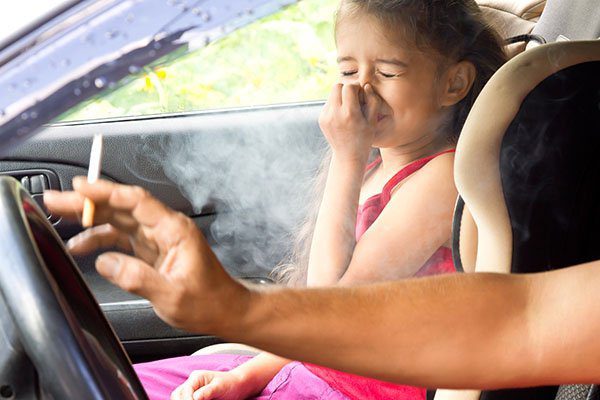 If all those concerns don’t have you tossing out the cigarettes (or at least smoking them away from your kids), some lawmakers hope that the threat of fines will.

An inaccurate news story made the rounds on social media stating that there was a federal ban on smoking in cars with children present. However, in reality, the laws vary by state. Laws limit smoking in cars with minors in several states: Arkansas, California, Louisiana, Maine, Oregon, Utah, Vermont, and Virginia. Puerto Rico has also added legislation, and recent legislation was introduced in Indiana.

The details vary: For instance, in Utah, the law pertains to passengers under 16, while in Virginia the law applies to passengers who are under 8. In California, the fine is $100, while in Maine it’s $50.

Law or no law, it’s best to avoid lighting up with children in the car. But regardless of your beliefs, you should certainly familiarize yourself with the laws in your state as well as any states you travel through—because we can all agree that nobody wants a hefty fine.