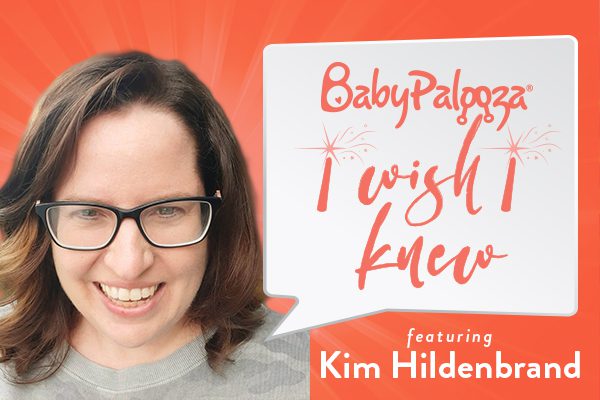 Before I had my first baby, I thought I was totally prepared. I read books (so many books!). I took birth classes. I wrote a birth plan. I journaled. I went online to read other people’s birth stories in hopes of gleaning wisdom and tapped out Google searches like, “What does birth really feel like?”

Three kids later, I know what having a baby is like—and there were definitely a few surprises. Here are some things I wish I’d known about childbirth:

1. Due dates are an estimate.

When we decided to try to conceive, before the days of handy iPhone apps, I made a chart, y’all. I tracked my period and took my basal body temperature and recorded it in a notebook. I knew pretty much exactly when ovulation and implantation and all that other good stuff happened.

But guess what? My due dates were still way off. My first baby came six days after her due date, my second 11 days after his due date, and my third three days after. Those so-called due dates (and all the days after them) were so hard on me emotionally. I couldn’t stand waiting. People would ask, “Aren’t you past your due date? Are you worried?” Rather than obsessing about a random date on the calendar, agonizing when it came and went, I wish I’d just chilled out a bit.

2. You don’t need to bring too much to the hospital. Seriously.

Essential oils. Multiple changes of clothes. A bathrobe. Slippers. Books. My favorite baseball cap. Washcloths. Oil. A crockpot. Those are the kinds of things I stuffed into a giant suitcase to take to the hospital my first time around. I had visions of warm compresses and a soothing, spa-like environment while we ushered a new life into the world.

However, I’m pretty sure in the hustle and bustle, no one even plugged in that crockpot for my warm compresses. I was too hot and busy nursing a baby to wear a robe. There was no time to read. And my poor husband had to lug it all home a few days later. Two kids later, and I knew enough to pack just the essentials, like ponytail holders, chapstick, glasses, and snacks.

3. Birth is really not embarrassing.

If you’re like me, you may have spent some time (OK, many hours) agonizing about how awkward some parts will be and thinking about how giving birth might mean making weird noises and letting tons of people see your naked body.

But the truth? It’s not embarrassing. The people around you are professionals. I can pretty much guarantee that the kind, patient nurse who helped me figure out breastfeeding was not thinking, “Wow, look at those weird nipples.” The doctors and nurses see that stuff every day! After about five minutes of feeling embarrassed, I totally let it go.

In fact, after my second child was born, I became so blasé about privacy that I once shocked a tailor by starting to take off my pants in the middle of her store so she could alter them. “Ma’am, please use the changing room!” she exclaimed, as I hastily pulled them back up. Whoops.

I think it’s important to research, think about, discuss, and create a birth plan. I think it’s great to make big decisions before the big day and respectfully communicate them to the professionals attending your birth. But remember that circumstances can change in a minute. For some women, that means being wheeled in for an emergency C-section. For others, that means accepting some pain relief to get some rest. And some women might plan for pain meds but run out of time or find they’re not effective!

As for me, I wanted my birth and its aftermath to be as natural as possible. I wanted to lie skin-to-skin with my newborn after birth, gazing at her little face, savoring the peace. However, my first baby emerged having aspirated meconium. The doctor deftly cut the cord and whisked her across the room to suction her, and I can still hear myself saying, “Hey, wait until the cord stops pulsating!” Yes, I said that.

In retrospect, I appreciate that the doctor had his priorities in order. My daughter was fine, my birth was great, and I don’t think to this day that anyone has ever noticed that her cord was cut before it stopped pulsating.

Here’s something that people don’t always remember to tell you: The pain of your uterus contracting after you have a baby gets worse with each pregnancy. The first time it was NBD. The second time, I was shocked by the intensity and tempted to chug the entire bottle of afterbirth pain tincture I’d brought.

By the third pregnancy, I knew what to expect … yet it was even worse than I’d anticipated! When my baby started nursing, it felt like a real contraction (owwwww!). I breathed through the pain and asked for actual painkillers. No regrets.

I’ve said it so many times: I’d never want to give birth without a doula. They’re basically magical. If you need comfort, they’re right there talking you through it. They can do things to your body that ease your pain, whether they’re massaging your back or pushing your sweaty hair out of your face.

No matter how supportive your partner is, I think there’s room for a doula, because your doula will also support your partner! My husband was exhausted during my first birth, and my doulas (I was so lucky, I had two!) were a huge help for both of us.

I’ve possibly watched one too many TV shows with ridiculous birth scenes, and that’s almost what I was expecting. Onscreen, women are always rushed to the hospital, grimacing with horror, screaming in pain. In real life, birth was just a lot more chill than that for me!

It started pretty slowly. I bounced gently on the birth ball, listened to soothing music, got used to the pain. And that pain? It was natural. Nothing like being injured—more like my body working to do what it’s designed to. I mean, I’m not going to lie—there’s certainly pain. But it’s manageable, and it’s nothing you can’t handle. I did it … and you can too!